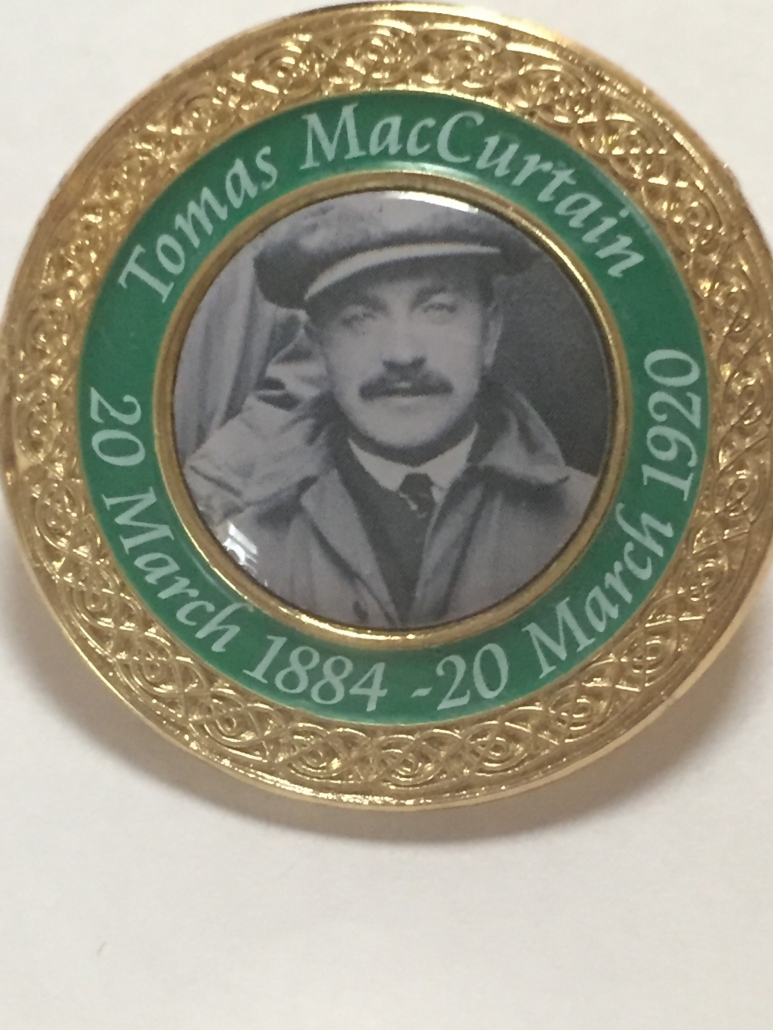 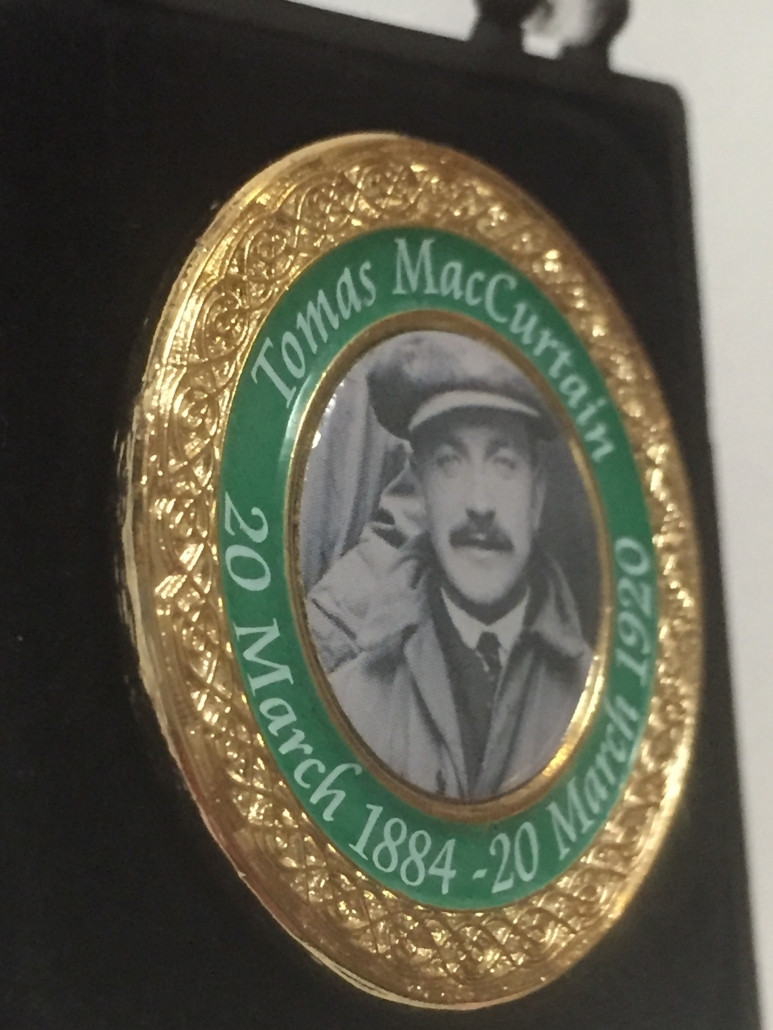 Thomas Curtin was born at Ballyknockane, Mourne Abbey, County Cork, on 20 March 1884, the son of Patrick Curtin, a farmer, and Julia Sheehan.[1 He attended Burnfort National School. In 1897 the family moved to Cork City, where he attended the North Monastery School.[2]

Mac Curtain, as he would later be known, was active in a number of cultural and political movements beginning around the turn of the 20th century. He joined the Blackpool, Cork branch of Conradh na Gaeilge (the Gaelic League), becoming its secretary in 1902.[3] He had interests in music, poetry, history, archaeology and Irish history. He worked in his early career as a clerk, and in his free time taught Irish. In 1911 he joined Fianna Éireann, and was a member of the Irish Volunteers.[3]

He met Elizabeth Walsh (Eibhlís Breathnach) at a Gaelic League meeting and they married on 28 June 1908.[4] They had six children, five of whom survived into adulthood. The family lived over number 40 Thomas Davis Street, where Mac Curtain ran a small clothing and rainwear factory.

In April 1916 at the outset of the Easter Rising Mac Curtain commanded a force of up to 1,000 men of the Irish Volunteers who assembled at various locations around County Cork. From the volunteers headquarters at Sheares Street in the city, Mac Curtain and his officers awaited orders from the volunteer leadership in Dublin but conflicting instructions and confusion prevailed and as a result the Cork volunteers never entered the fray. A tense stand-off developed when British forces surrounded the volunteer hall and continued for a week until a negotiated agreement led to the surrender of the volunteers’ arms to the then Lord Mayor of Cork Thomas Butterfield on the understanding that they would be returned at a later date. This did not happen however and Mac Curtain was jailed in Wakefield, in the former Frongoch Prisoner of War camp in Wales, and in Reading.[5] After the general amnesty of participants in the Rising 18 months later Mac Curtain returned to active duty as a Commandant of what was now the Irish Republican Army.[6]

By 1918 Mac Curtain was a brigade commander – the highest and most important rank in the IRA. GHQ carried out a radical restructuring. In County Cork, for example, three brigades were created with set boundaries. Frank Hynes battalion, was an example of a whole unit being dissolved to be divided into smaller ranks, as two staffs were elected.[7] During the Conscription Crisis in the autumn 1918, he actively encouraged the hiring of the women of Cumann na mBan to cater for Volunteers.[8] He was personally involved with Collins Squad that with a Cork battalion attempted to assassinate Lord French, whose car was missed as the convoy passed through the ambush positions. Despite the setback he remained brigadier of No.1 Cork when he was elected Lord Mayor. He was elected in the January 1920 council elections as the Sinn Féin councillor for NW Ward No. 3 of Cork, and was chosen by his fellow councillors to be the Lord Mayor. He began a process of political reform within the city.[9] 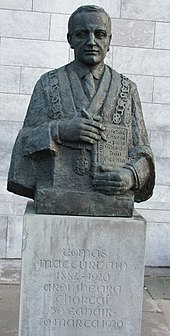 In January 1919 the Anglo-Irish war started and Mac Curtain became an officer in the IRA. On 20 March 1920, his 36th birthday, Mac Curtain was shot dead[10] in front of his wife and son by a group of men with blackened faces, who were found to be members of the Royal Irish Constabulary (RIC) by the official inquest into the event.[11] In the wake of the killing Mac Curtain’s house in Blackpool was ransacked.

The killing caused widespread public outrage.[12] The coroner’s inquest passed a verdict of willful murder against British Prime Minister Lloyd George and against certain members of the RIC.[11] Michael Collins later ordered his squad of assassins to uncover and assassinate the police officers involved in the attack. RIC District Inspector Oswald Swanzy, who had ordered the attack, was fatally shot, with Mac Curtain’s own revolver, while leaving a Protestant church in Lisburn, County Antrim on 22 August 1920, sparking what was described by Tim Pat Coogan as a “pogrom” against the Catholic residents of the town.[13][14] Mac Curtain is buried in St. Finbarr’s Cemetery, Cork.

His successor to the position of Lord Mayor, Terence MacSwiney, died while on hunger strike in Brixton prison, London.[15]