This is a second hand book, retail new is €27.50 plus postage, we sell this for €18 including postage.

A detailed and personal account of the War of Independence from the inside of the Irish Republican Army, rediscovering the family secrets of Florence and Josephine O’Donoghue, a rebel and a spy in the service of the Republicans that fell in love during the Revolution. 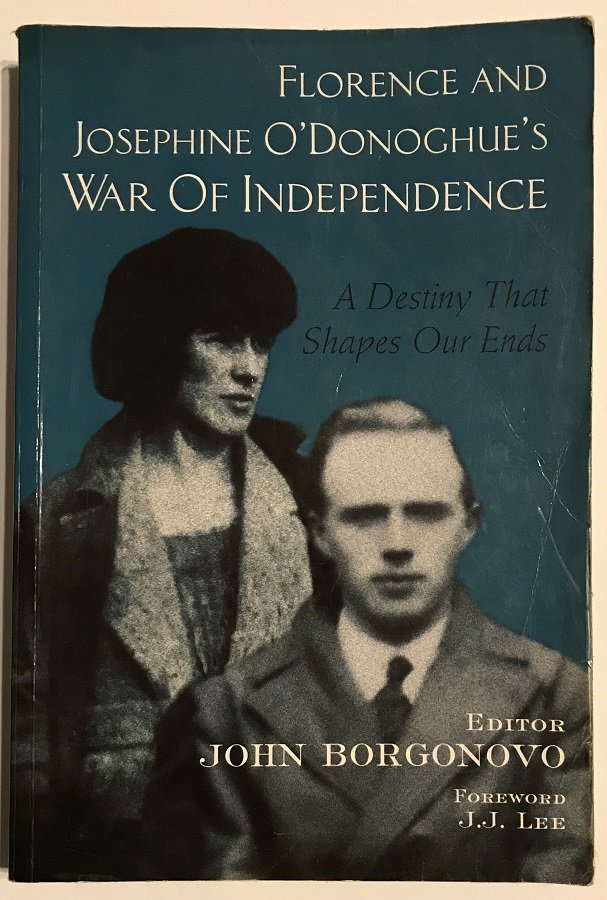 Among the many rewards of this engrossing account is the increased understanding it conveys of the importance of the contribution of ‘ordinary’ women, as well as of the ‘ordinary’ men, to the struggle.” – Professor J.J. Lee, New York University

Historian and IRA leader Florence O’Donoghue describes his experiences as head of intelligence in Cork city during the Irish War of Independence (1919-1921).  He candidly assesses the leaders of this period, including Tomas MacCurtain, Sean O’Hegarty, Terence MacSwiney and Michael Collins and critically examines the evolution of the Irish Volunteer citizen-soldiers.  He also details his wife Josephine’s role as the top IRA spy in Cork’s British Army headquarters, working for the rebels in exchange for the return of her eldest son, lost in a bitter custody battle with her in-laws. After O’Donoghue kidnapped the child and reunited him with his mother, the two collaborators eventually fell in love and were secretly married in the spring of 1921.

Forty years later, the couple presented their story to their children in order to explain the family secret that had haunted their domestic lives.  The first part of the book is O’Donoghue’s and his wife’s account of their activities in the Anglo-Irish War, written in 1961; the second part is composed of 47 letters in diary form, written by O’Donoghue to his wife while he was ‘on the run’ during the last ten weeks of the Anglo-Irish War, from May to July 1921. They provide a rare snapshot of the daily life of fugitive IRA guerrillas.

Part I: The Memoirs of Florence and Josephine O’Donoghue

Part II: Taking to the Hills

John Borgonovo is a writer currently living in San Francisco. His articles have appeared in various American publications, including the San Francisco Chronicle. He received a BA in History from the University of Oregon and a Master of Arts from University College, Cork. He is the author of Spies, Informers and the Anti-Sinn Féin Society: The Intelligence War in Cork City 1920-1921 (Irish Academic Press).