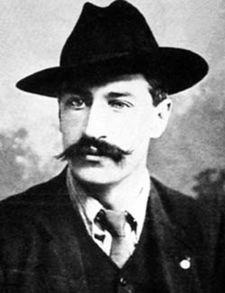 The army rose out of the great strike of the Irish Transport and General Workers Union in 1913, known as the Lockout of 1913. The dispute was over the recognition of this labour union founded by James Larkin. It began when William Martin Murphy, an industrialist, locked out some trade unionists on August 19, 1913. In response, Larkin called an all out strike on Murphy’s Dublin United Tramway Company. Other companies, encouraged by Murphy, sacked ITGWU members in an effort to break the union. The conflict eventually escalated to involve 400 employers and 25,000 workers.This strike caused most of Dublin to come to an economic standstill and was marked by vicious rioting between the strikers and the Dublin Metropolitan Police, particularly at a rally on O’Connell street on August 31, in which two men were beaten to death and about 500 more injured. Another striker was later shot dead by a strike-breaker.

The violence at union rallies during the strike prompted Larkin to call for a worker’s militia to be formed to protect themselves against the police. The Citizen army for the duration of the lockout was armed with hurling sticks and bats in order to protect worker’s demonstration from the police. Jack White, a former British Army Captain, volunteered to train this army and offered 50 pounds towards the cost of shoes to workers so they could train. In addition to its role as a self defence organisation, the army, which was drilled in Croydon Park in Fairview by White, provided a diversion for workers unemployed and idle during the dispute. After a six-month standoff, the workers returned to work hungry and defeated in January 1914. The original purpose of the ICA was over, but it would soon be totally transformed.

The Irish Citizen Army was totally reorganised in 1914. In March of that year, a demonstration of the Citizen Army was attacked by the police and Jack White, its commander, was arrested. Sean O’Casey then suggested that the ICA needed a more formal organisation. O’Casey wrote a constitution stating the Army’s principles as follows: the ownership of Ireland, moral and material, is vested of right in the people of Ireland and to “sink all difference of birth property and creed under the common name of Irish people”.

On Larkin’s insistence, all members were also required to be members of a trade union, if eligible. In mid 1914, James Larkin left Ireland for America in October 1914, leaving the Citizen Army under the command of James Connolly. Whereas during the Lockout, the ICA had been a workers’ self defence militia, Connolly conceived of it as a revolutionary organisation – dedicated to the creation of an Irish socialist republic “The Workers Republic”. He had served in the British army in his youth and knew something about military tactics and discipline. Other active members in the early days included Sean O’Casey, Countess Markievicz, Francis Sheehy-Skeffington. Sheehy-Skeffington and O’Casey left the ICA when it became apparent that Connolly was moving towards the radical nationalist group, the Irish Republican Brotherhood.

James Connolly was a convinced Marxist socialist and Irish Republican and believed that achieving political change through physical force, in the tradition of the Fenians, was legitimate. Lenin would later describe the Citizen Army as being the first red army in Europe. This organisation was one of the first to offer equal membership to both men and women and trained them both in the use of weapons. The army’s headquarters was the ITGWU union building, Liberty Hall and they were almost entirely Dublin based. However, Connolly also set up branches in Tralee and Killarney in county Kerry. In October 1915, armed ICA pickets patrolled a strike by dockers at Dublin port. Attempts were made to set up Branches of the ICA in Limerick but were not successfull. (However in the Years 1919 and 1920 the remnants of The Citizen Army did organise small groups in Waterford, Cork and Monoghan)

Appalled by the participation of Irishmen in the First World War, which he regarded as an imperialist, capitalist conflict, Connolly began openly calling for insurrection in his newspaper, the Irish Worker. When this was banned, he opened another the Worker’s Republic. The British authorities tolerated the open drilling and bearing of arms by the ICA, thinking that to clamp down on the organisation would provoke further unrest. A small group of Irish Republican Brotherhood (IRB) conspirators within the Irish Volunteers movement were also planning a rising. Worried that Connolly would embark on premature military action with the ICA, Connolly was approached and inducted into the IRB’s Supreme Council to co-ordinate their preparations for the armed rebellion known as the Easter Rising.

The ICA never numbered more than 250 to 300 men and women nation wide. On Monday April 24, 1916, 220 of them (including 28 women) took part in the Easter Rising, alongside a much larger body of the Irish Volunteers. They helped occupy the General Post Office on O’Connell Street (then Sackville Street), Dublin’s main thoroughfare. Mallin, Connolly’s second in command, along with Markievizc and an ICA company, occupied St Stephen’s Green. Another company under Sean Connolly took over City Hall and attacked Dublin Castle. Finally, a detachment occupied Harcourt Street railway station. ICA men were the first rebel causalties of Easter Week, two of them being killed in an abortive attack on Dublin Castle. Sean Connolly, an ICA officer, was the first rebel fatality. A total of eleven Citizen Army men were killed in action in the rising, five in the City Hall/Dublin castle area, five in Stephen’s Green and one in the GPO.

Connolly was made commander of the rebel forces in Dublin during the Rising and issued orders to surrender after a week. He and Mallin were executed by British army firing squad some weeks later. The surviving ICA members were interned in Frongoch in Wales until 1919. Many of them later joined the new Irish Republican Army (IRA) from 1917 on, but the Citizen Army remained in existence until the 1930s. According to some reports ICA units were involved in various IRA operations during the Irish War of Independence. However the ICA always maintained its Independence never fully coming under IRA control for example ICA members stationed at Liberty Hall were not informed about or asked to take part in the burning of the Customs House in May 1921 and were forced to watch the ensuing drama from the steps and windows of Liberty Hall directly across the road.

During the fighting in Dublin that began the Irish Civil War in June 1922, some elements of the ICA (which by this time had about 140 members) were involved in the Anti-Treaty IRA occupation and defence of the Four Courts while others occupied Liberty Hall, the Trade Union headquarters

In the 1920s and 1930s, the ICA was kept alive by veterans such as Seamus MacGowan, Dick McCormick and Frank Purcell, though perhaps only as an old comrades association by veterans of 1916. Uniformed Citizen Army men provided a guard of honour at Constance Markievicz’s funeral in 1927.

In 1934, Peadar O’Donnell and other left wing republicans left the IRA and founded the Republican Congress. For a brief time, they revived the ICA as a paramilitary force, intended to be an armed wing for their new movement. According to Brian Hanley’s history of the IRA, the revived Citizen Army had 300 or so members around the country in 1935. However, the Congress itself split in 1935 and collapsed shortly afterwards. Most of the ICA members joined the Irish Labour Party. The ICA’s last public appearance was to accompany the funeral procession of union leader James Larkin in Dublin in 1947.