Short time lapse video of the restoration of the Rolls Royce Armoured Car ‘Sliabh na mBan’. This historic car was part of Gen Michael Collins’ convoy at the Beal na Blath ambush where he was mortally wounded in 1922. Sliabh na mBan was renovated in the Combined Vehicle Based Workshops in the Defence Forces Training Centre, Curragh. 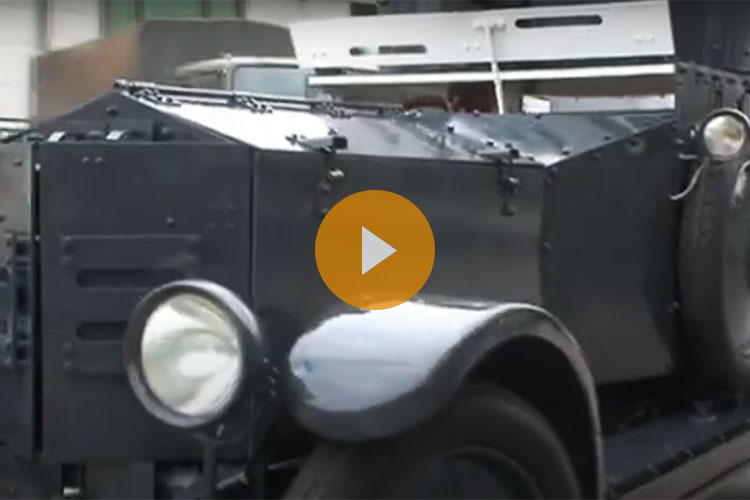 The last known photograph of Collins alive was taken as he made his way through Bandon, Co Cork,in the back of an army vehicle. He is pictured outside White’s Hotel (now Munster Arms) on 22 August 1922. On the road to Bandon, at the village of Beal na mBlath (Irish, “the Mouth of Flowers”), Collins’ column stopped to ask directions. However the man whom they asked, Dinny Long, was also a member of the local Anti-Treaty IRA.

An ambush was then prepared for the convoy when it made its return journey back to Cork city. They knew Collins would return by the same route as the two other roads from Bandon to Cork had been rendered impassable by Republicans. The ambush party, commanded by Liam Deasy had mostly dispersed to a nearby pub by 8:00 p.m., when Collins and his men returned to Béal na mBlath but the remaining five ambushers on the scene opened fire on Collins’s convoy. The ambushers had laid a mine on the scene, which could have killed many more people in Collins’s party, but they had disconnected it by the time the firing broke out.

Collins was killed in the subsequent gun battle, which lasted about 20 minutes, from 8:00 p.m. to 8:20 p.m. He was the only fatality. He had ordered his convoy to stop and return fire, instead of choosing the safer option of driving on in his touring car or transferring to the safety of the accompanying armoured car, (sliabh na mBan) as his companion, Emmet Dalton, had wished. He was killed while exchanging rifle fire with the ambushers. Under the cover of the armoured car, Collins’s body was loaded into the touring car and driven back to Cork.  For more on the ambush at Beal na Blath see https://theirishwar.com/history/ambushes/beal-na-mblath/ 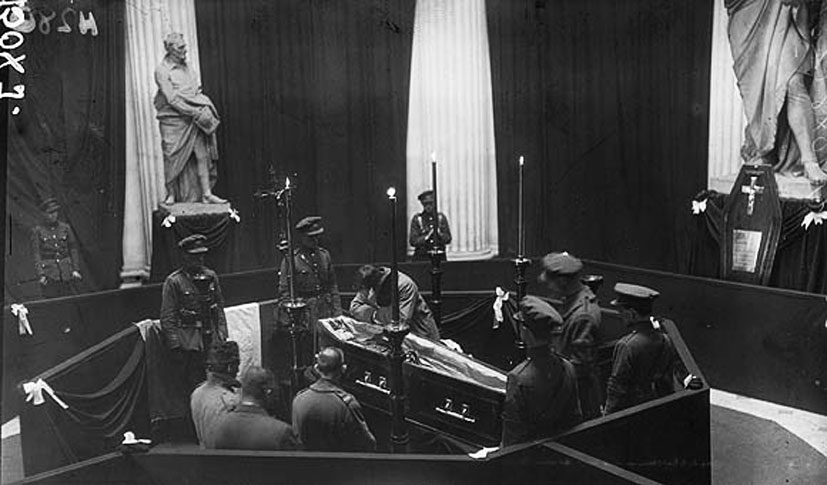 Seán Collins beside the coffin of his brother Michael Collins