James Gleeson was born in Tipperary in 1890 but moved to Gorey, Co. Wexford after he left school to trade as a saddler and harness maker.

James joined the Irish Volunteers at a meeting in the old Gorey town hall on 6th January, 1914. Patrick Pearse and Michael Judge of the ‘Provisional Committee’ of the Volunteers were speakers at this historic event. James was part of a group of sixty men who joined up on that day. James and about twenty other members opted to remain with MacNeill’s Irish Volunteers following the split with Redmond in September of that year. *(The local group of Redmond’s National Volunteers did not last long after the split)

In 1915 James Gleeson was part of the official procession for the funeral of celebrated Fenian leader Jeremiah O’Donovan Rossa in Dublin, where he marched with the small but significant Gorey division of the Irish Volunteers.

In the Easter Rising of 1916, Gleeson and five other Gorey Volunteers (Joe Funge, Sean O’Byrne, Sean Etchingham, Eddie MacDonagh and Sean Doyle) cycled to Enniscorthy on the Tuesday of Easter week (April 25th), armed only with a few guns and a handful of ammunition. James and another local man, Joe Funge, were instructed to cycle back to Gorey on the Thursday, to do some scouting and intelligence work on the whereabouts of local police and any advancing soldiers. Between Thursday and Saturday they sent several important dispatches back to headquarters in Enniscorthy.

On the Sunday morning (April 30th) they witnessed two local men, Seamus Doyle from Gorey and Sean Etchingham from Courtown, pass through the town coming from Enniscorthy in a military escort on their way to Dublin to personally receive the surrender order from Patrick Pearse. As James was still in Gorey upon confirmation of the surrender he evaded capture.

James was very active in the reorganization of Sinn Fein in the town in the immediate aftermath of 1916. He joined Fianna Fail in 1927 and remained a prominent local member of the political party for many years. James also served on the Gorey Town Council (Town Commissioners) where he diligently represented the people of Gorey. He worked tirelessly for the people of Gorey through his political work and also through the many charities he was involved in. He remained a saddler and harness maker for many years in no. 8 Lower Esmonde Street, Gorey and today his family still live in the house from where he plied his trade. It is regarded as one of the most historic houses in the ever changing market town and it still has the old style half-door at the front of the house. The Gleeson home is very popular with tourists who visit the town.

James Gleeson lived a long and eventful life and died at the age of 87 in his beloved adopted town of Gorey in 1977 is buried in St. Michaels Cemetery in Gorey. 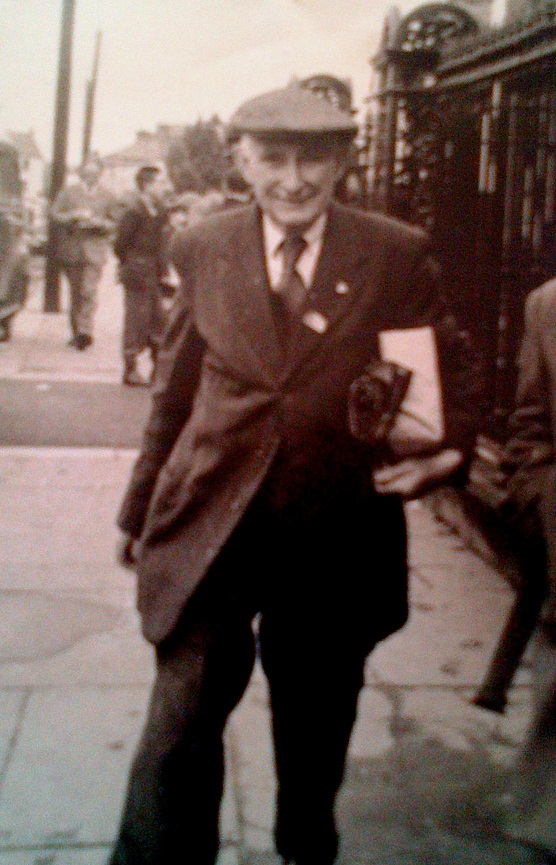