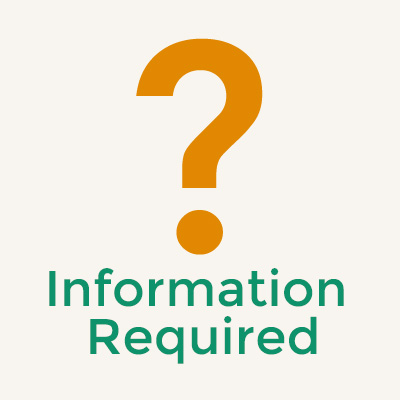 I notice in your list of names he’s not mentioned, why is this?

I look forward to hearing from someone that knew him as to what sort of man he was. and where I could buy some of his poems, writtings ,and paintings, and I beleive he wrote plays, but I can’t find any of these anywhere.

If you have any info. Re his background I would appreciate it if you could either pass it on or point me in the right direction. His father’s name ( we think it is Luke) is the ultimate goal in my research, as it would consolidate research from multiple Masterson family members still trying to figure out all the connections.

Robin P Ward
——————————————————————————————————————————————————-
My Father has a book titled “Dan Breen, my fight for Irish Freedom” long out of print, which was left to him by his father Tommy “Maut” Thompson of Hedleys Bridge, Knocknakoshel, Co Kerry. He had known Dan Breen and corresponded with him until his death in 1966. It was a very detailed summary of his pre civil war exploits and many of the men with whom he fought. I’ll give it another quick read and see what I can find for you as it was very detailed. As a member of the No 2 Kerry Brigade under Humphrey Murphy, My Grandfather took part in the Ballyseedy Trap Mine which killed several Free State Army Officers. Wanted, he went on the run and left Ireland with his pal Taddy O’Connor for Canada in 23′. He went back in 1930 so that he could come back to the US legally. Great stuff isn’t it! Check back in a week or so and I’ll hopefully have some information for you.

My understanding is that my late father, John McCullagh of Caum, Killanardrish but then residing and working in Cork City, was one of those members of the IV who responded to John Redmond’s exhortations and joined the British Army to “fight for small nations” and served with the RAMC at a field hospital in Salonica.

I wonder if it is possible to establish his service record with the Volunteers? Any information, suggestions or leads you can give me will be appreciated.

John F. McCullagh
Skillman, New Jersey
——————————————————————————————————————————————————-
I’m looking to find graves of volunteers in galway city with a view to cleaning and maintaining them.Do you know how i would find out about getting any info?Thanks, pete coyne.
——————————————————————————————————————————————————–
A chaiade,:
Go raibh míle maith agaibh as an bhfáisnéis thabhachtach seo.
Tógadh in Iarthar Luinnighe mé agus bhí aithe agam ar bheirt dheartáreacha a bhi ins na Volunters.
The Sheehan brothers Dave and Batt were the # 1 and #2 men in the Tournafulla Volunteer Company,
which was organized by a Presbyterian Ulsterman and Gaeilgeoir, Ernest Blythe.
Their O/C Tommy Leahy was born in the U.S. and raised in Tournafula. In the spring on 1921, he was captured with a rifle in his
possession, taken to England and sentenced to hang. But the Truce in July saved Leahy from his would-be executioner.
The previous February an uncle of the Sheehan brothers visited his old homestead in Garravane townland while vacationing
from his job as SHERIFF of San Mateo County Calif. Soon after Sheriff Mike Sheehan arrived in Cobh,
v he presented the Cork City Brigade with a Thompson machine gun
Resistance to British occupation was probably fiercer in Cork that in any of OUR 32 COUNTIES. At least 10 Cork I.R.A. Volunteers
were executed, including TOM MULCAHY, who was one of the four young patriots to face firing squads in Cork on 28th April, 1921.
Volunteer Muhcahy was only 18 years and 4 months when he paid the ultimate price for the freedom of Ireland,
an tír uile agus gach roinn di. None of these noble patriots died to uphold Partition.
——————————————————————————————————————————————————–
Stephen Ehrling , Recently, I came upon my Uncle Thomas Clarke’s obituary when he died Sep 7th, 1959 in New York, USA. Besides the normal obituary placed the the family, their was a second immediately following the family ad. In part it read as follows:
Clarke, Thomas Sean. Oglaigh na h-Eireann regrets to announce the death of it’s member. Thomas Clark. Native of County cavan and a member of B Company, 4th Battalian, 3rd Northern Brigade IRA…….
It was signed by James McNamara, Pres. and Thomas Rochford, Secy.
I’ve been trying to obtain to obtain information regarding his military tenure and the two individuals who signed this obituary to no avail. CAn you provide me any information or point me in the right direction.

I’m doing research for the 1913 Irish volunteer relating to an An Post.

We’re desperately looking to locate an accurate / impressive photograph that depicts the foundation of the 1913 Irish volunteers from 1913. Something that may also be licensed for reproduction. We don’t have a working historian on the project so our knowledge is a little troublesome.

Would anyone know if such a photo could exist or what the nearest iconic photograph during that year would be.