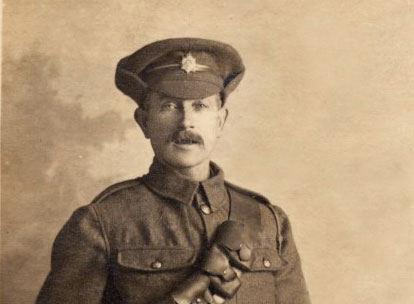 To Whom It May Concern,

I’ve been viewing your excellent website “The Irish War” for a period of several months now and have been very impressed with the information that it contains. In that regards, I am wondering if anyone can help me in identifying what regiment my great uncle Patrick Flynn might have belonged to, based on the uniform that he is wearing in the photo that I’ve attached. On the back of the photo there is written: “Patrick Flynn – IV Solider – 1905”. He is pictured with his younger brother Cornelius. Both were from Clonakilty, Co. Cork, Ireland. Patrick was born 1883. Con was born 1894. Patrick immigrated to the United States in 1906 to Cincinnati, Ohio, where I live, while Con stayed in Clonakilty, dying there in 1966.

I’ve tried blowing the image of the “Badge Cap” up to see what regiment my great uncle might have possibly belong to, but so far I’ve been unable to match it to any “Badge Cap” that I’ve seen on the internet. I’m assuming the “IV” on the back of the photo stands for “Irish Volunteer”, but I’m not positive, it could mean Fourth.

I’ve been told that the Uniform is that of a “First World War – British Army Khaki Service Uniform” – possibly a Calvary or Royal Horse Artillery unit based on; the ammunition bandoleer, “Cor Blimey Hat” and puttees.

Although, the uniform does seem to match the “1902 Pattern Service Dress” for the British army in WW1, the picture is not from the WW1 time period, because again, the photo is dated 1905 on the back and Patrick emigrated to the United States in 1906, and was living here in Cincinnati, Ohio during WW1. Also, if the picture was from the 1913 – 1918 time period — Con, the young boy in the picture would have been in his early 20’s – which is not the case, as you can see. If the picture is dated correctly, i.e., 1905 – the brothers would have been around 22 and 11 years of age respectively in 1905, which seems to match the picture correctly

I know your website deals mostly with Irish medals, Irish militaria and uniforms of the 1916 Easter Rebellion and the Irish War of Independence, but maybe someone can recognize the Cap Badge, and tell me what army regiment my great uncle belonged to, because so far I’ve had no luck in identifying his regiment.

I would appreciate any information that you can send my way.

Thanks in advance for your help, I’m looking forward towards your reply. 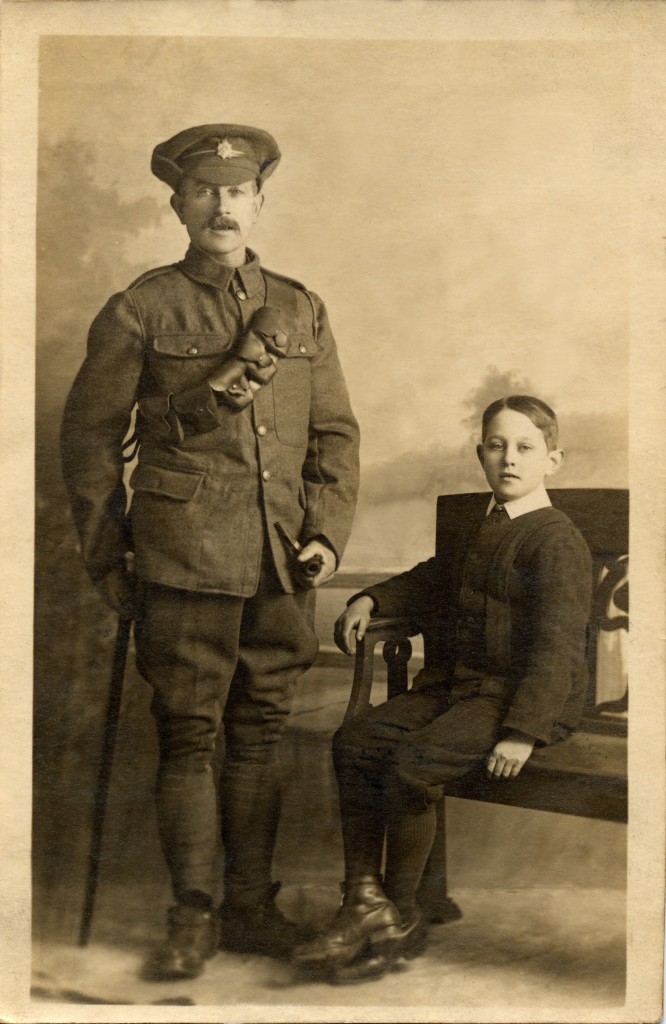