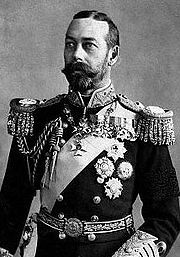 The war of independence in Ireland ended with a truce on 11 July 1921. The conflict had reached a stalemate. Talks that had looked promising the previous year had petered out in December when David Lloyd George insisted that the IRA first surrender their arms. Fresh talks, after the Prime Minister had come under pressure from Herbert Henry Asquith and the Liberal opposition, the Labour Party and the Trades Union Congress, resumed in the spring and resulted in the Truce. From the point of view of the British government, it appeared as if the IRA’s guerrilla campaign would continue indefinitely, with spiraling costs in British casualties and in money. More importantly, the British government was facing severe criticism at home and abroad for the actions of British forces in Ireland. On 6 June 1921, the British made their first conciliatory gesture, calling off the policy of house burnings as reprisals. On the other side, IRA leaders and in particular Michael Collins, felt that the IRA as it was then organised could not continue indefinitely. It had been hard pressed by the deployment of more regular British soldiers to Ireland and by the lack of arms and ammunition.

The initial breakthrough that led to the truce was credited to three people: King George V, General Jan Smuts of South Africa and British Prime Minister David Lloyd George. The King, who had made his unhappiness at the behaviour of the Black and Tans in Ireland well known to his government, was dissatisfied with the official speech prepared for him for the opening of the new Parliament of Northern Ireland, created as a result of the partition of Ireland. Smuts, a close friend of the King, suggested to him that the opportunity should be used to make an appeal for conciliation in Ireland. The King asked him to draft his ideas on paper. Smuts prepared this draft and gave copies to the King and to Lloyd George. Lloyd George then invited Smuts to attend a British cabinet meeting consultations on the “interesting” proposals Lloyd George had received, without either man informing the Cabinet that Smuts had been their author. Faced with the endorsement of them by Smuts, the King and the Prime Minister, ministers reluctantly agreed to the King’s planned ‘reconciliation in Ireland’ speech.

The speech, when delivered in Belfast on 22 June, was universally well received. It called on “all Irishmen to pause, to stretch out the hand of forbearance and conciliation, to forgive and to forget, and to join in making for the land they love a new era of peace, contentment, and good will.”

On 24 June 1921, the British Coalition Government’s Cabinet decided to propose talks with the leader of Sinn Féin. Coalition Liberals and Unionists agreed that an offer to negotiate would strengthen the Government’s position if Sinn Féin refused. Austen Chamberlain, the new leader of the Unionist Party, said that “the King’s Speech ought to be followed up as a last attempt at peace before we go the full lengths of martial law”. Seizing the momentum, Lloyd George wrote to Éamon de Valera as “the chosen leader of the great majority in Southern Ireland” on 24 June, suggesting a conference. The Irish responded by agreeing to talks. De Valera and Lloyd George ultimately agreed to a truce that was intended to end the fighting and lay the ground for detailed negotiations. Its terms were signed on 9 July and came into effect on 11 July. Negotiations on a settlement, however, were delayed for some months as the British government insisted that the IRA first decommission its weapons, but this demand was eventually dropped. It was agreed that British troops would remain confined to their barracks.

Most IRA officers on the ground interpreted the Truce merely as a temporary respite and continued recruiting and training volunteers. Nor did attacks on the RIC or British Army cease altogether. Between December 1921 and February of the next year, there were 80 recorded attacks by the IRA on the soon to be disbanded RIC, leaving 12 dead. On 18 February 1922, Ernie O’Malley’s IRA unit raided the RIC barracks at Clonmel, taking 40 policemen prisoner and seizing over 600 weapons and thousands of rounds of ammunition. In addition, some IRA units used the truce period as an opportunity to settle old scores. In April 1922, in the Dunmanway Massacre, an IRA party in Cork killed 10 local Protestants in retaliation for the shooting of one of their men. Those killed were allegedly named in captured British files as informers before the Truce signed the previous July. Over 100 Protestant families fled the area after the killings.

The continuing militancy of many IRA leaders was one of the main factors in the outbreak of the Irish Civil War as they refused to accept the Anglo-Irish Treaty that Michael Collins and Arthur Griffith had negotiated with the British.