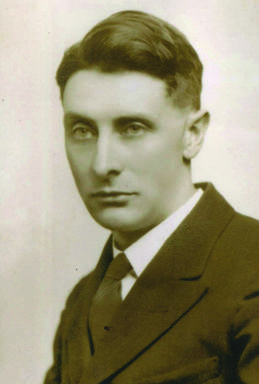 ﻿In currently writing the biography of George Gilmore who until July 1922 was an officer in the South Dublin Brigade, I have recently received about 100 pages from the National Library of Ireland, providing revealing information about the Dublin No 2 Brigade, confirming what he said that after Blessington when the South Dublin was extinguished, he was picked up by the Dublin No 2 Brigade, covering the same area. As O/C of Battalion 1, in December 1922 Gilmore was in charge of five companies that covered the area that stretched from Ailesbury Road in Ballsbridge, Dublin City to Monkstown in South Dublin County and inland to Glencree in the Wicklow Mountains; this included Foxrock, Stillorgan and Blackrock. Almost nothing has been published about this brigade that was commanded by Lorcan O’Briain (may be a pseudonym) until April 1924 except what I just attained from the NL .In addition, some info has come through regarding Neil (Plunkett) O’Boyle of Donegal, O/C of Battalion 3 of the Dublin No. 2 who led the Plunkett column from Nov. 1922 to May 14, 1923 when he was captured and killed in Co. Wicklow by Free State troops, after the cease fire. Although my subject is George Gilmore of Battalion 1, I would appreciate any information concerning the Dublin No 2 brigade. Gilmore reported to the Vice O/C of the brigade on December 25, 1922 that Capt. Foley was O/C of his C Company and P. Little, O/C of D Company. Thank you.