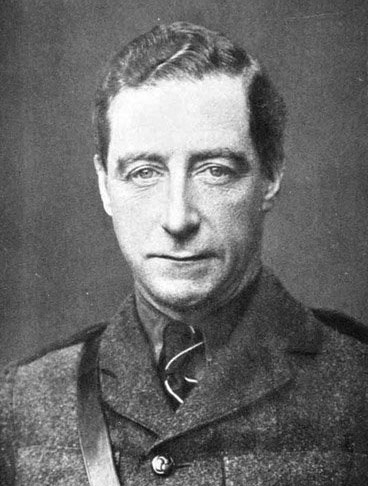 Cathal Brugha was born in Dublin of mixed Irish Catholic and Irish Protestant parentage. His father, Thomas, was a cabinet maker and antique dealer who had been disinherited by his family for marrying a Catholic. He was the tenth of fourteen children and was educated at the Jesuit Belvedere College, but was forced to leave at the age of sixteen due to the failure of his father’s business. He went on to set up a church candle manufacturing firm with two brothers, Anthony and Vincent Lalor, and took on the role of travelling salesman.

In 1899 Brugha joined the Gaelic League and changed his name from Charles Burgess to Cathal Brugha. He met his future wife, Kathleen Kingston, at an Irish class in Birr, County Offaly and they married in 1912. They had six children, five girls and one boy. Brugha became actively involved in the Irish Republican Brotherhood (IRB) and in 1913 he became a lieutenant in the Irish Volunteers. He led a group of twenty Volunteers to receive the arms smuggled into Ireland in the Howth gun-running of 1914.

He was second-in-command at the South Dublin Union under Commandant Éamonn Ceannt in the Easter Rising of 1916. During the fighting he was severely wounded by a hand grenade, as well as by multiple gunshot wounds, and was initially not considered likely to survive. He recovered over the next year, but was left with a permanent limp. 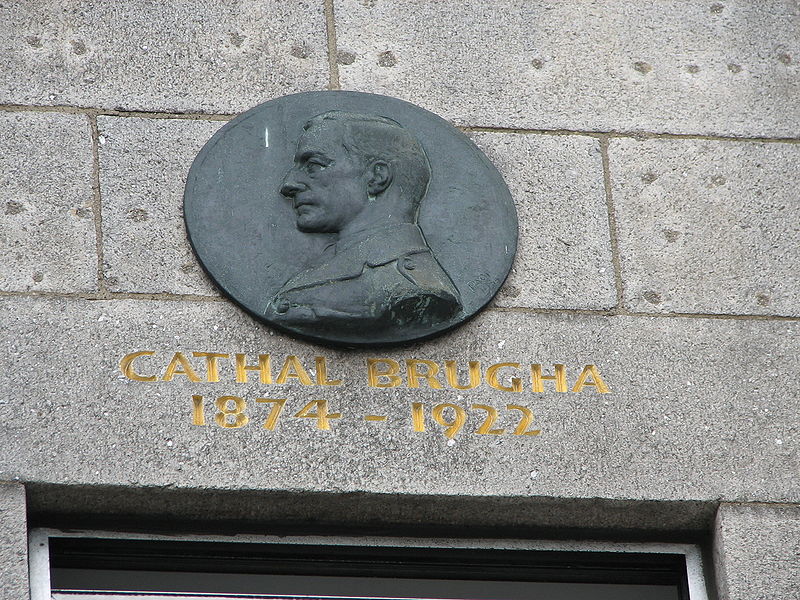 He was elected as a Sinn Féin MP for the County Waterford constituency at the 1918 general election. In January 1919, Sinn Féin MPs refused to recognise the Parliament of the United Kingdom and instead assembled at the Mansion House in Dublin as a revolutionary parliament called Dáil Éireann. Due to the absence of Éamon de Valera and Arthur Griffith, Brugha presided over the first meeting of Dáil Éireann on 21 January 1919.

He was known for his bitter enmity towards Michael Collins, who, although nominally only the IRA’s Director of Intelligence, had far more influence in the organisation as a result of his position as a high ranking member of the Irish Republican Brotherhood, an organisation that Brugha saw as undermining the power of the Dáil and especially the Ministry for Defence. Brugha opposed the oath of allegiance required for membership of the IRB and in 1919 his proposition that all Volunteers should swear allegiance to the Irish Republic and the Dáil was adopted. At a top-level IRA meeting in August 1920, Brugha argued against ambushes of Crown forces unless there was first a call to surrender, but this was dismissed as unrealistic by the brigade commanders present. Brugha also had the idea of moving the front line of the war to England, but was opposed by Collins. 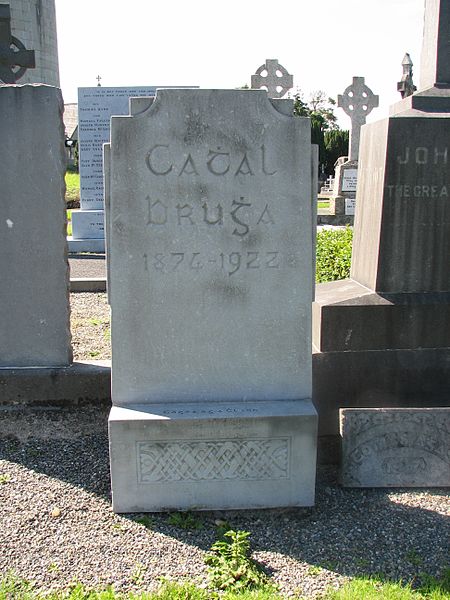 On 7 January 1922 Brugha voted against the Anglo-Irish Treaty. During the Treaty Debates he pointed out that Collins only had a middling rank in the Department for Defence which supervised the IRA, Arthur Griffith hailed him as ‘the man who had won the war’. It has been argued that by turning the issue into a vote on Collins’ popularity Brugha swung the majority against his own side; Frank O’Connor in his biography of Collins states that 2 delegates who had intended to vote against the Treaty changed sides in sympathy with Collins. He left the Dáil and was replaced as Minister for Defence by Richard Mulcahy. In the months between the Treaty debates and the outbreak of Civil War Brugha attempted to dissuade his fellow anti-treaty army leaders including Rory O’Connor, Liam Mellows and Joe McKelvey from taking up arms against the Free State. When the IRA occupied the Four Courts he and Oscar Traynor called on them to abandon their position. When they refused, Traynor ordered the occupation of the area around O’Connell Street in the hope of easing the pressure on the Four Courts and of forcing the Free State to negotiate. On 28 June 1922 Brugha was appointed commandant of the forces in O’Connell Street. The outbreak of the Irish Civil War ensued in the first week of July when Free State forces commenced shelling of the anti-treaty positions.

Most of the anti-Treaty fighters under Oscar Traynor escaped from O’Connell Street when the buildings they were holding caught fire, leaving Brugha in command of a small rearguard. On 5 July he ordered his men to surrender, but refused to do so himself. He then approached the Free State troops, brandishing a revolver. He sustained a bullet wound to the leg which ‘severed a major artery causing him to bleed to death’. He died on 7 July 1922, 11 days before his 48th birthday. He had been re-elected as an anti-Treaty TD at the 1922 general election but died before the Dáil assembled. He is buried in Glasnevin Cemetery.

His wife Caitlín Brugha served as a Sinn Féin TD from 1923–27. His son, Ruairí Brugha later became a Fianna Fáil politician and was elected to Dáil Éireann at the 1973 general election. Ruairí married the daughter of Terence MacSwiney, the Republican Lord Mayor of Cork who had died on hunger-strike in 1920.